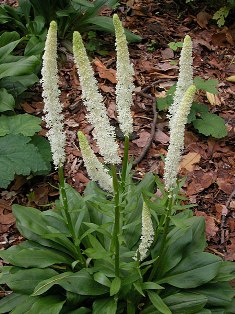 From the Homeopathic Materia Medica by Nash:

Anaemic women, with prolapsus; worn out with hard work, mental or physical.
Heaviness in pelvic region, languor, pain or burning in back, with CONTINUAL CONSCIOUSNESS OF A WOMB, SORE AND TENDER.
Better when mind is off herself. I have found this remedy of use in a generally debilitated condition of women, with many and various complaints or symptoms in the region of the uterus, for instance: PROLAPSUS FROM ATONY, enervated by indolence and luxury

There is almost always associated with it a more or less anaemic condition. This anaemia may seem to be consequent upon too profuse menstruation or flooding, or it may exist entirely independent of any such cause. In these cases I have often found albumen present in the urine, sometimes in large quantities, especially in pregnant women, and seen rapid improvement and disappearance of the albumen under the action of this remedy.

The fact that these anaemic and debilitated states are found, both under profuse and scanty discharges of the uterine organs, seems to indicate that the local symptoms are secondary, or a consequence of general debility and impoverished blood. Again, the fact that HELONIAS cures both conditions equally well seems to corroborate it.

What are the symptoms? The LEADING symptoms are anaemia, great general weakness and languor, and great lowness of spirits or profound melancholy. This condition of mind is temporarily relieved by diversion. She is always better if she can get her mind off herself; dragging weakness in sacral region; various displacements of womb, but more especially prolapsus; pain in the back, with lameness, stiffness and weight, and heat or burning in lumbar region; back feels tired and weak; continual CONSCIOUSNESS OF A WOMB, it is so SORE AND TENDER (PYROGEN—distinct consciousness of a heart). Now this condition and these symptoms are often found at the age of puberty, during pregnancy and after labor, and here HELONIAS is indeed a blessing. I have found it efficacious in the 2d and the 30th, according to susceptibility of the patient. HELONIAS deserves a thorough proving in the potencies.